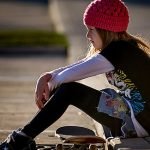 Advertisement
Parenting » Emotional smarts » 6 things to do when your child says, “Nobody likes me!”

6 things to do when your child says, “Nobody likes me!”

Experts weigh in on how to respond when your child feels disliked, excluded, or friendless.

“Everyone hates me.” “I have no friends.” These aren’t easy things for parents to hear. Your first instinct may be to try to fix it, or assure your child that it isn’t true.

“As parents, what we want to say is, ‘That’s not true!’ because it’s painful for us to think that people hate our child, and it’s painful that our child thinks someone hates them. So we want to fix it; it’s a very strong impulse,” says parent coach and psychologist Erica Reischer. “But we have to hold ourselves back because if we do that, we inadvertently send the message that those feelings are bad, that maybe they can’t handle those feelings, and most importantly, it doesn’t give them the opportunity to develop coping skills.”

Instead of rushing to smooth things over when a child feels disliked, experts agree, parents should focus on teaching their child to help themselves.

“It’s very hard to sit back and just listen because we want to get on the phone and call the mother of the girl who won’t talk to our daughter anymore and say, ‘What’s going on with your daughter?’ But nobody really learns anything from that,” says Madeline Levine, author of Teach Your Children Well. When this happens, she says, “It’s an opportunity to learn about the complexities of friendship. ‘Why do you think that happened? Did you have anything to do with it? What do you think of this person as a friend now?’ Because that’s going to happen in life. You’re going to get dropped by a girlfriend, you’re going to get dropped by a boyfriend.”

Addressing “Nobody likes me.”

Here are six ways to transform a painful moment into an opportunity for growth and a chance to learn a valuable life skill.