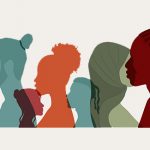 How our schools are (and aren’t) addressing race

A widely misunderstood legal theory has become ground zero for a political battle. One education scholar weighs in.

What is critical race theory?

While experts agree that our K-12 schools are not teaching critical race theory, its underlying ideas have influenced contemporary thinking about race, so they’re worth understanding. Critical race theory was created to help explain how our laws and policies can affect people of different races in different ways, even when those laws or policies do not intend to. Over the last 50 years, since the Civil Rights Movement, many national and state laws have been passed to make it illegal to treat people differently because of their race. Even though these laws were designed to create a level playing field, racial inequalities persist — with big gaps in everything from homeownership to wages. Harvard law professor Derrick Bell helped develop critical race theory as a way to help lawyers understand how race can still impact people’s experiences with their employers, lenders, or governments even after these institutions have been forbidden to treat people differently by race. For instance, critical race theory helped explain how an employer’s hiring policy may be race-neutral in word or spirit, but may have components that effectively produce racial discrimination.

What are the key ideas in critical race theory?

One of the most important ideas in critical race theory is that race is something that society has created. Rather than thinking about race as something that we’re born with in our genes, critical race theory helps us see that race is not skin color. Instead, race is the set of ideas or assumptions about people because of their skin color and other visible features. People often absorb these ideas about specific race groups through media, our families, and our lessons in school. Because these racial assumptions are so pervasive, the learning we do about race is especially hard to undo. For instance, we are often taught that white Europeans “discovered” the Americas and the indigenous communities that lived there for thousands of years. A critical race theory perspective would question looking at this part of history only through the lens of the European colonizers. A critical race theorist would attempt to understand this chapter of history from multiple lenses: the different indigenous communities as well as the European settlers. How does that change our understanding of the “discovery of America”? When does the history of this land begin?

Without thinking very hard about indigenous communities and their robust histories and civilizations, we can easily forget that these communities were robbed of their lands and that they were not inherently savage peoples who deserved this dispossession as part of the process of “civilizing” them. Critical race theory also helps us push back against the powerful idea that indigenous peoples are no longer here. This erroneous idea helps people promote the notion of offensive Native American sports mascots and logos as honoring the warrior legacies of long-gone peoples. This is an example of how powerful but inaccurate ideas about race can lead us to treat each other differently.

This can even happen without people doing it on purpose or having hatred for others. And the difference in how groups of people are treated can lead to whole groups of people experiencing the same spaces and places very differently. For example, there is a research study published by the American Psychological Association that showed that white adults often overestimated the ages of Black children by 4.5 years. This can lead to situations where Black children are more often treated like adults when they are encountered by police or in courts of law.

We often think of racism as mean people intentionally doing mean things to others because of their race. Critical race theory recognizes racism as a system of ideas, behaviors, and policies that will keep creating unfair and unequal situations. While many of us hope racism will just eventually go away, critical race theory suggests that racism won’t end simply by removing racist laws and policies. So rather than focusing too much energy on figuring out which of us is racist, critical race theory looks at how the system of racism works in different situations, and what we have to do to make it go away.

Understanding our history, then and now

Another key feature of critical race theory is that you can’t fully understand our history without recognizing the value of multiple voices; especially voices that are often silenced or ignored. For example, when Irish immigrants initially arrived in the U.S. in the 1800s, they were not considered white by white Americans at the time. Irish people started to be considered white later in the 1900s, after they were often put in positions by white Americans to police and govern other people of color on their behalf. Historical examples like these are rarely taught in most schools, but critical race theory argues that these forgotten chapters are very important in understanding how race and racism work and how they explain our lives today. Critical race theorists are also interested in hearing the silenced and ignored voices of people living now. So a lot of their research focuses on elevating the voices of people of color, women, children, and any group of people whose stories have been ignored.

How can critical race theory be helpful in thinking about education?

Though critical race theory is not something K-12 education is teaching, its ideas do have value for K-12 schools. For instance, the value of listening to multiple voices and seeing how systems have perpetuated inequalities can improve how we address American history in our K-12 schools. Curriculum about America’s history typically include slavery and the Civil Rights Movement, but exclude many other chapters of our history that underscore how fundamental racism has been in the formation and perpetuating of our country. A critical race theory lens can also help teachers and administrators understand their own role in perpetuating inequalities through seemingly race-neutral policies. Overall, critical race theory can help educators realize that the goal of getting the best out of all their students is going to be achieved by intentionally and consistently doing the work to make sure racism is not happening in our schools.