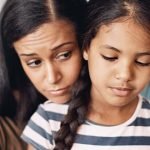 According to world-renowned Stanford psychologist Carol Dweck, this one little word has the power to inspire your child to achieve incredible things.

“I’m not good at math!” “I don’t know how to hit a baseball.” “I can’t play that song.” How should a parent respond? Carol Dweck, the author of Mindset, says we can help our children by reminding them that even if they haven’t mastered those things “yet.” For example, “You’re not good at this math yet — you just need a bit more time practicing, thinking about it, and figuring it out!” If they keep working at it, they can reach their goal.

When you use the word “yet,” she explains, it tells kids that these are skills that are acquired over time through practice and effort. Math, music, and baseball aren’t things you’re either good at or you’re bad at. Everyone can get better at them. They just have to work hard at them over time.

When kids get frustrated, Dweck says, it’s important to explain to them that abilities grow over time, and hard tasks are what build those abilities.

Another important thing to do is to praise the process. A lot of parents react to a struggling, frustrated child by saying, “You’re smart, you’re so smart, don’t worry, you’re so smart.”

That backfires, Dweck says, because telling children they’re smart makes them believe “smart” is either something they have or don’t have, and that if they’re struggling, they must not be smart. Instead, she says, praise the process. “Praise how hard they’re working, how they’re focusing, the strategies they’re using, the progress they’re making over time. When you focus on those things in what they’re doing, they won’t be as frustrated. They’ll start valuing that process.”